The spiritual teachers of India hold a very important position in Indian society. They give guidance on so many important issues from philosophy and meditation to environmental conservations and care and management within the community. Generally the people of India have great love and respect for their diverse spiritual traditions and teachers and so their teachers and scriptures have a great influence upon them. We at Active Remedy are working on uniting people of different cultures, faiths, professions and traditions to work together on the common goal of preserving the global water cycle and life on Earth.

We have therefore met with a many highly respected spiritual teachers to discuss the impacts that we humans are having upon the global water cycle and climate systems and the urgency for restoring the degraded ecosystems that are essential for regulating these.

In April 2010 it was a great pleasure for us to be able to meet with Swami Shri Avdheshanand Giri who at the time held the position of Acharya Mahamandaleshwar of the Juna Akhara (Spiritual head of one of the largest Hindu Yogic families in India) and was guru to thousands and respected by millions.

Swami Shri Avdheshanand Giri is known for his concern and learnedness regarding the environment. During our meeting, he expressed genuine concern for the present state of Earth’s ecological systems, the water cycle and the hardships being experienced by so many people. After discussing these matters with him for quite a while, he told us that he appreciated the work of Active remedy and supported the on going work and gave his blessing for great success. He then wrote an eloquently written and considered letter of support for the work for Active Remedy. 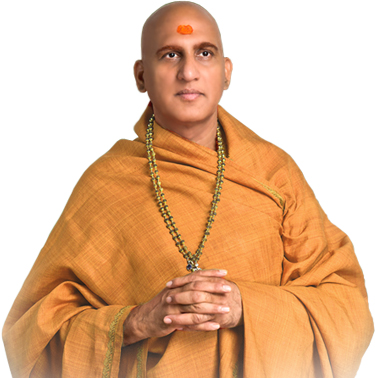 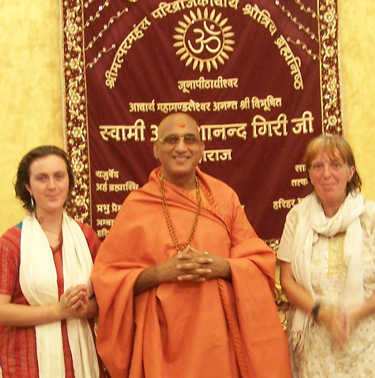 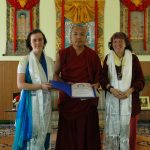