On the 25th September 2012 in New York UN-Water held an Expert Panel on Water Security. It is good to see that freshwater and water security is being considered from a broader perspective because it is often forgotten that in freshwater and environmental stability are essential to global security.

UN-Water has been developing an Analytical Brief on water security that would describe the broader set of issues that of concern to the United Nations and its member states, and describe policy responses by the UN system as well as other actors. This includes recognition that water security must be described in its broadest sense and accommodate issues of human development, ecosystem protection, national and regional security and hazards and risks through disasters. Such a document would define the consolidated position of the UN system on water Security and identify avenues through which water security concerns could be addressed, including but not limited to the UN Security Council. The dialogue in this Expert Panel is intended to provide direct inputs into the development of the Analytical Brief, which will be launched on the World Water Day 2013.

Active Remedy Ltd. sent input to The UN Water Task Force to be considered for the Analytical Brief, being created to guide world governments on global water security. We felt that it was necessary to highlight the vital need to protect the eco-systems, which maintain the fresh water cycle and maintain sustainable water security. 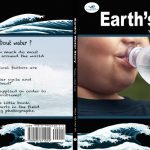 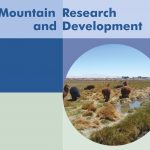