Many of you may know about the Kogi Mamas but for those of you that don’t; the Kogi people come from a high and remote mountain region in Columbia. They first came in to the the public eye in the 1990’s when Alan Ereira made a documentary that transmitted a profound warning through the BBC to the world. This film was called ‘Message from the Heart of the World’.

In it they warned us all that it was crucial to make some major changes in our ways of living and relating to nature. They particularly emphasised the need to safeguard water, rivers, mountains and forests.20 years later, noticing that humanity had not only not listened to their warning but were causing even greater destruction of the natural worlds they summoned Alan. This was with the purpose of helping them to convey their message clearer and make another film. Alan returned and they worked together with him to make a second film, known as ‘Aluna’.

On Friday 10th October 2014 in Street, Somerset, UK. we were fortunate enough to attend a screening of the film ‘Aluna’ presented by Alan Ereira. We were also given the opportunity to display an exhibition and give a five-minute speech about our work on the safeguarding and preservation of the global water cycle.

Watching it on Friday was deeply touching and inspiring. We had watched a 20 minute version of it when we were fortunate enough to met with Alan and some of the Kogi at the Rio+20 UNCSDC Summit in 2012. The full version however was even more compelling. Alan spoke with great sincerity and clarity and was very welcoming in the way that he included us into the event.
We really encourage everyone to watch it and to share it as widely as possible. Also if you have not seen the first film we also really recommend that you watch it as well.

Meeting The Indian Man of the TreesRemedy News 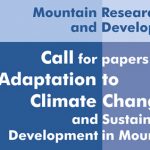 MRD Call for Papers: The Impacts of climate change upon mountains and mountain communitiesGlobal News